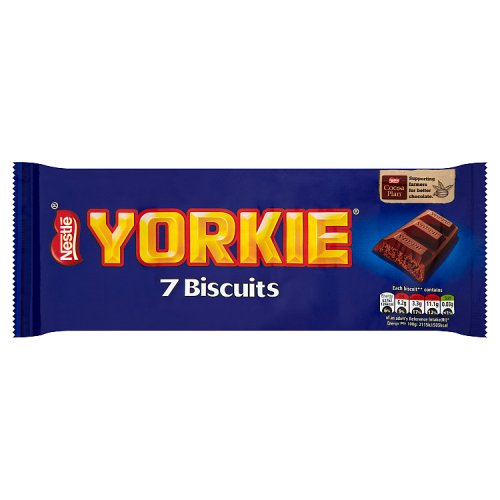 The Nestle Yorkie is a sturdy chocolate biscuit that is specifically produced to be enjoyed by rugged men, in particular truckers, soldiers and lumberjacks. 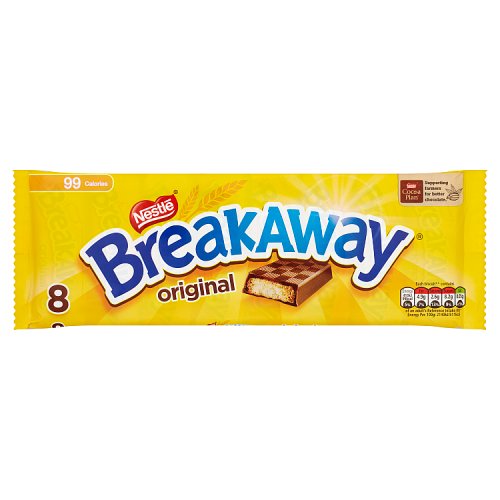 The milk chocolate Breakaway from Nestle is an old school classic chocolate bar that was a feature in thousands of children's lunch boxes back in the 70's and 80's.

Nestle Toffee Crisps have been on sale in the UK since the early sixties. These reassuringly filling chocolate biscuits are constructed from puffed rice entrenched in soft toffee and surrounded in a layer...

A serious chocolate bar that doesn't mess about. Huge chunks of creamy milk chocolate for the ultimate chocolate fix. Contains no artificial preservatives. Comes in a pack of seven bars, foil wrapped for...

Search for the latest active Food Retailer Vouchers and Promotions