OptiBac Probiotics For Babies & Children High quality, well-researched live cultures from OptiBac Probiotics, for babies & children. This natural supplement contains L. acidophilus, with Bifidobacterium infantis & bifidum - the dominant cultures in healthy infants & kids. Contains no added sugar or flavourings. A natural supplement from OptiBac Probiotics, for infants and children. Whos it for? For infants & children from birth to 12 years, and for pregnant & breastfeeding women. Each sachet provides 3 billion live cultures + 0.75g of FOS fibres, guaranteed until end of expiry. From birth onwards, For babies & children (formerly known as For your childs health) from OptiBac Probiotics can be given as a natural supplement. OptiBac Probiotics For babies & children is completely free from sugars, artificial flavours & colourings which can be found in other childrens supplements and foods containing live cultures. At OptiBac Probiotics we specialise entirely in live cultures, and only use strains of the highest quality, with extensive research behind them. More about For babies & children The types of natural bacteria that reside in an infants or childs intestines are very different from the types found in adulthood. Bifidobacterium infantis and Bifidobacterium bifidum are the dominant and most important beneficial cultures found in healthy infants and children during their early years; this product contains both of these bacteria, in strains which have been tested to survive stomach acidity and bile salts. This supplement contains a third type of natural bacteria, Lactobacillus acidophilus Rosell-52, which has been scientifically shown to survive stomach acidity and to reach the gut alive. At OptiBac Probiotics we appreciate the importance of using various species and strains of natural bacteria - these three strains will target different areas of the gut as opposed to just one. Fructooligosaccharides (FOS), makes this product naturally high in fibre. Having an imbalance of good and bad bacteria in the gut is thought, by some, to be related to digestion and immunity for infants and children, in particular in: formula-fed babies, babies and children on antibiotics, babies delivered be Caesarean section, and babies & children with digestive problems such as colic, diarrhoea, constipation and lactose intolerance, as well as those with allergies and skin irritations such as eczema. Sachets are enclosed in 3 layer laminated sachets for maximum protection against heat and humidity. For mothers Pregnant and nursing mothers can take For babies & children (For your childs health) during pregnancy and breastfeeding. At the time of birth, a mother passes her natural bacteria to the baby during the birthing process. As the baby passes through the birth canal, it swallows bacteria from the mother, and this is thought to act as a natural booster for the childs immunity and general wellbeing. Pregnant women expecting a Cesearean birth may safely take OptiBac Probiotics For babies & children during pregnancy. Following birth, the infants microflora is influenced by diet (breast milk or formula), environment, and medicines such as antibiotics. The natural development of Bifidobacteria in infants is favoured by breast-feeding; studies have found higher concentrations of Bifidobacterium infantis and Bifidobacterium bifidum in breast-fed infants as opposed to babies bottle-fed with formulas. Many nursing mothers take For babies & children while breastfeeding. More about OptiBac Probiotics Did you know, we are a family business in more ways than one. The UK company was founded by a father and his three children who continue to work together, and is home to more families - even spanning three generations with our sales star Annie and her grandson Jacob! So who better to make supplements for your family? This product contains carefully selected natural bacteria and fibre especially for your children. Tummy-tastic. Please note: As of January 2014, For your childs health has changed name to For babies & children in the EU. The ingredients remain the same. Directions For babies & children (For your childs health) can easily be mixed with your childs favourite cold foods or beverages. This OptiBac Probiotics supplement can be taken with formula milk when it is at room temperature, but not when warmed (as heat reduces the viability of natural bacteria.) Take as following, or as professionally directed: Infants from birth to 12 months: one sachet per day. Children 12 months and above: one to two sachets per day, as desired. Pregnant and nursing mothers: one sachet per day. Adults & children should ideally drink plenty of water during a course of live cultures. Best taken with a meal, preferably with breakfast. OptiBac Probiotics will not cause dependency, and can safely be taken on an ongoing basis. Safety It is not recommended to give live cultures to patients who: are severely immunosuppressed, have pancreatitis, are in the Intensive Care Unit, have blood in the stool, have central venous catheters; or to post-surgical patients with open wounds, or infants with short bowel syndrome; unless under a doctors care. 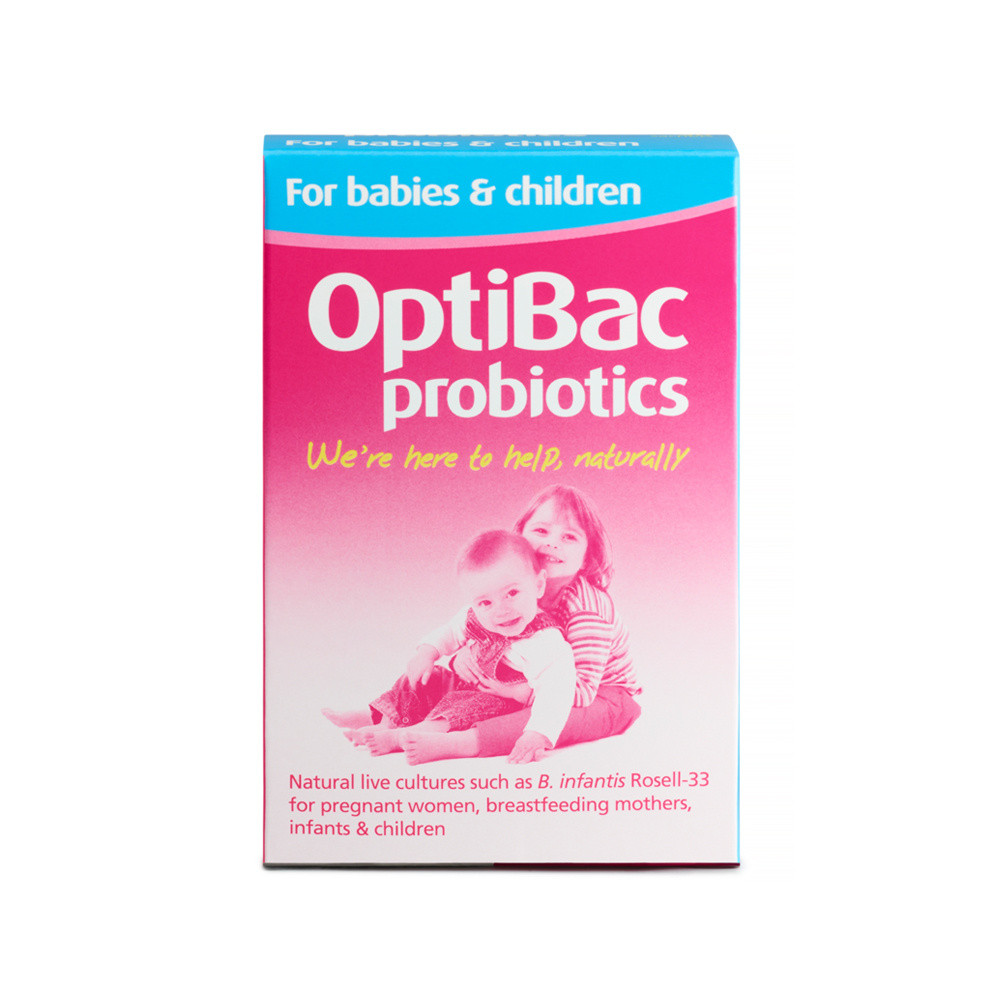 OptiBac Probiotics For Babies And Children

OptiBac Probiotics For Babies And Children are a natural, expert friendly bacteria supplement for daily use, especially suited for infants, children, pregnant and breastfeeding mothers. Each sachet provides... 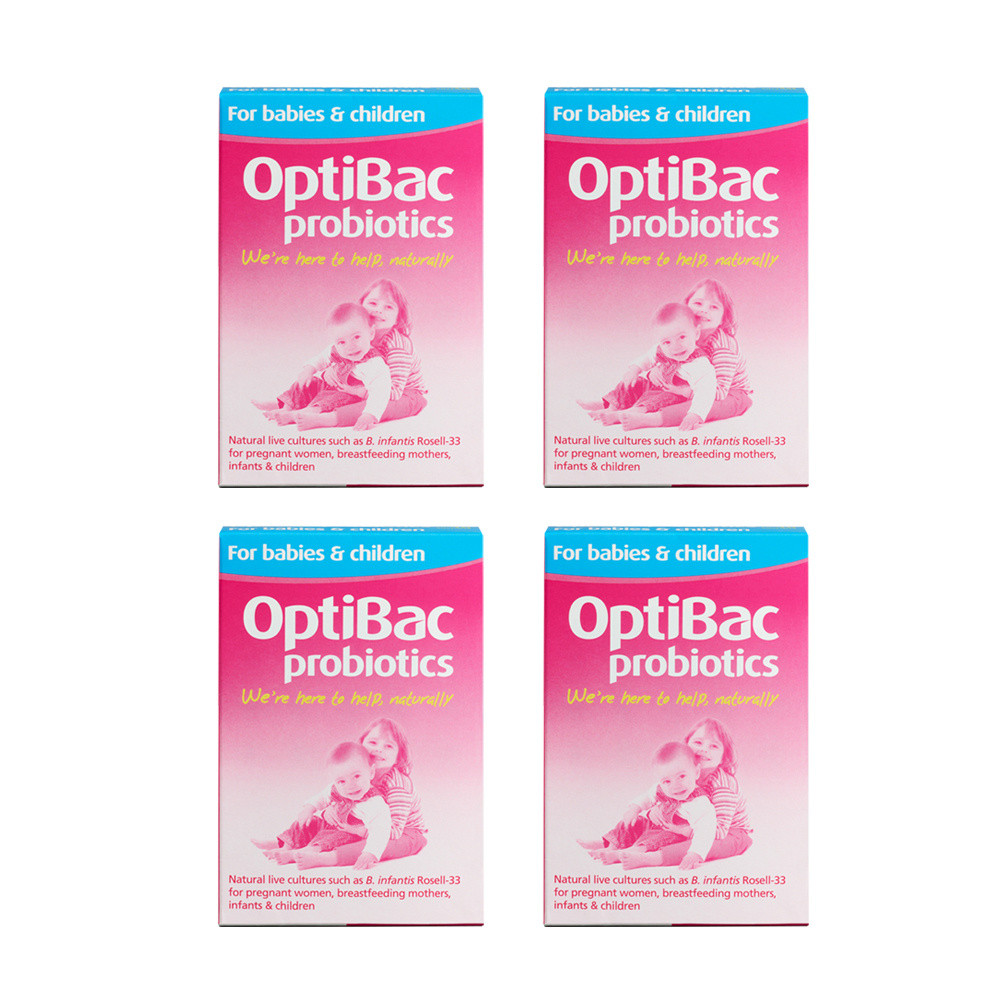 OptiBac Probiotics 'For babies & children' has been created especially for children from birth and has received industry awards and excellent reviews from parents. It contains well-researched strains...

Search for the latest active Food Retailer Vouchers and Promotions